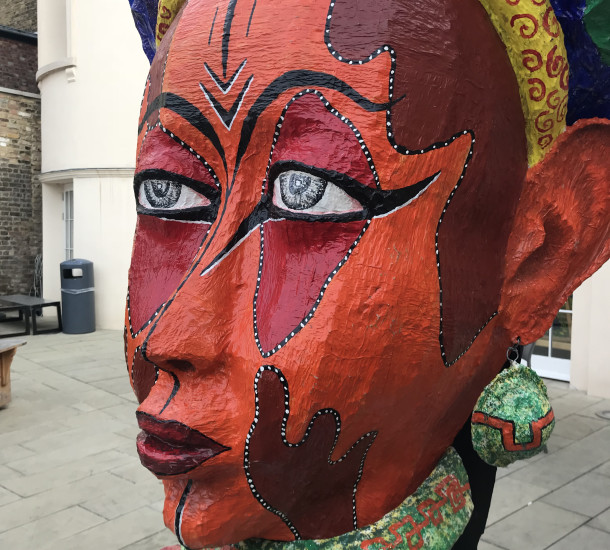 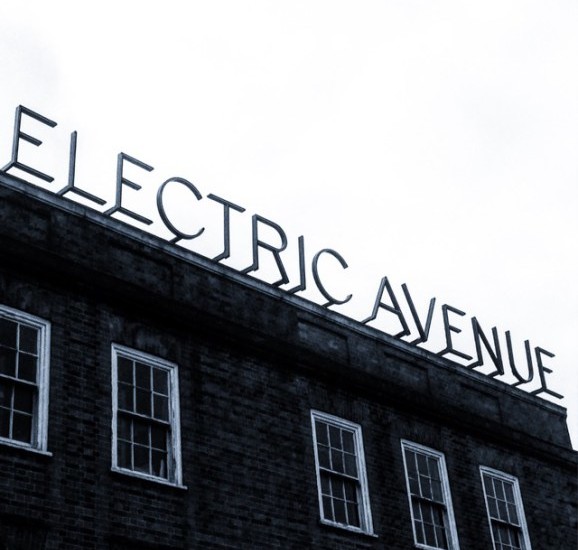 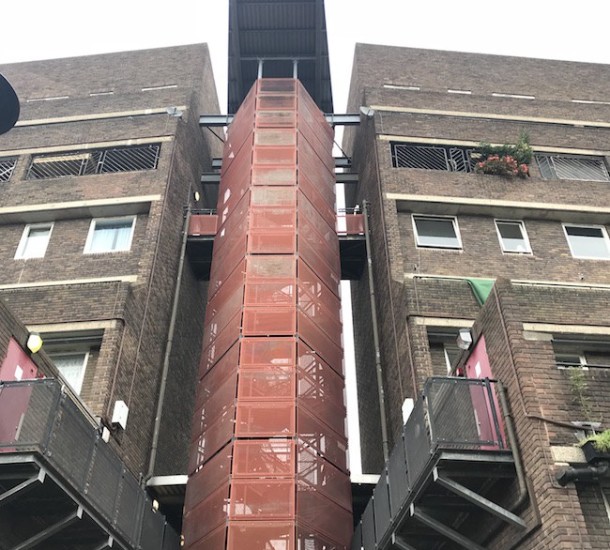 Brixton is in the eye of the beholder. The area contains so many historical and cultural layers that I feel as though I arrive at the end of the Victoria Line and see the area through predetermined filters.

It is refreshing and fascinating, therefore, to take a London Society guided walk through Brixton, led by our fantastic, informed (and singing) guide, Angela, in order to look again – or maybe for the first time – at the fascinating story of Brixton as written in its built fabric, and to take our own punt at predicting its future.

If there is one word you would associate with contemporary Brixton, it would be: ‘change’. Gentrification blazes onwards in Brixton leaving questions about exclusion and identity in its trail. You get the feeling that the consequences of gentrification are not seen as inevitable nor go unchallenged in this feisty part of Lambeth, but whether the driving forces can or should be altered in their trajectory remains to be seen.

Predicting the future of Brixton may be an impossibility, but if you have the eyes, and the ears, for it, unearthing its rich history is rewarding and sometimes startling.

We were visiting Brixton during Black History Month, so features such as black models in Morleys department store windows and the recently constructed war memorial in Windrush Square to the two million (yes, two million) African and Caribbean soldiers who served in the second world war, had a particular poignance. Bleak memories are more recent too, for instance on the street called the ‘frontline’ during the ’80s Brixton Riots and Operation Swamp. Now the frontline is a good place to find upmarket coffee.

For me, seeing things as if for the first time was a recurring theme. The Tate library, the Black Cultural Archives, the road names, and the street art were noticed anew despite being on familiar terrain. And you can take your pick of highlights: Music lover? The David Bowie ‘pointillist’ mural (now a shrine of sorts) or the origin of Eddie Grant’s Electric Avenue are just around the corner. Religion? There are preachers of every creed blaring out of their microphones on the street. Art? Cross the road over funky crossings forming part of the ‘Design Trail’, enter a superb street installation to ruminate on the Islamic focus on love and tolerance (the ‘Hubb’), snap a picture of a papier mache carnival head adorning a forecourt, wonder at a huge Dreph mural of a local community member or a Will Self word installation. Brutalist architecture? The Barrier Block is for you. Shipping Containers? Go get a locally brewed beer, some street food or a Japanese knife at ‘Pop Brixton’. Markets? You can take your pick – Electric Avenue, Reliance Avenue, Granville Arcade (Brixton Village), although I suspect you will be told they are not the same as they used to be…

And this is the ongoing, intractable question about Brixton in particular, and about regeneration in general. How can we marry the processes of change and the idea of progress defined by market forces with the pull of character, colour, vibrancy and grassroots culture. How can it be both/and, not either/or? Will Brixton have the answer?