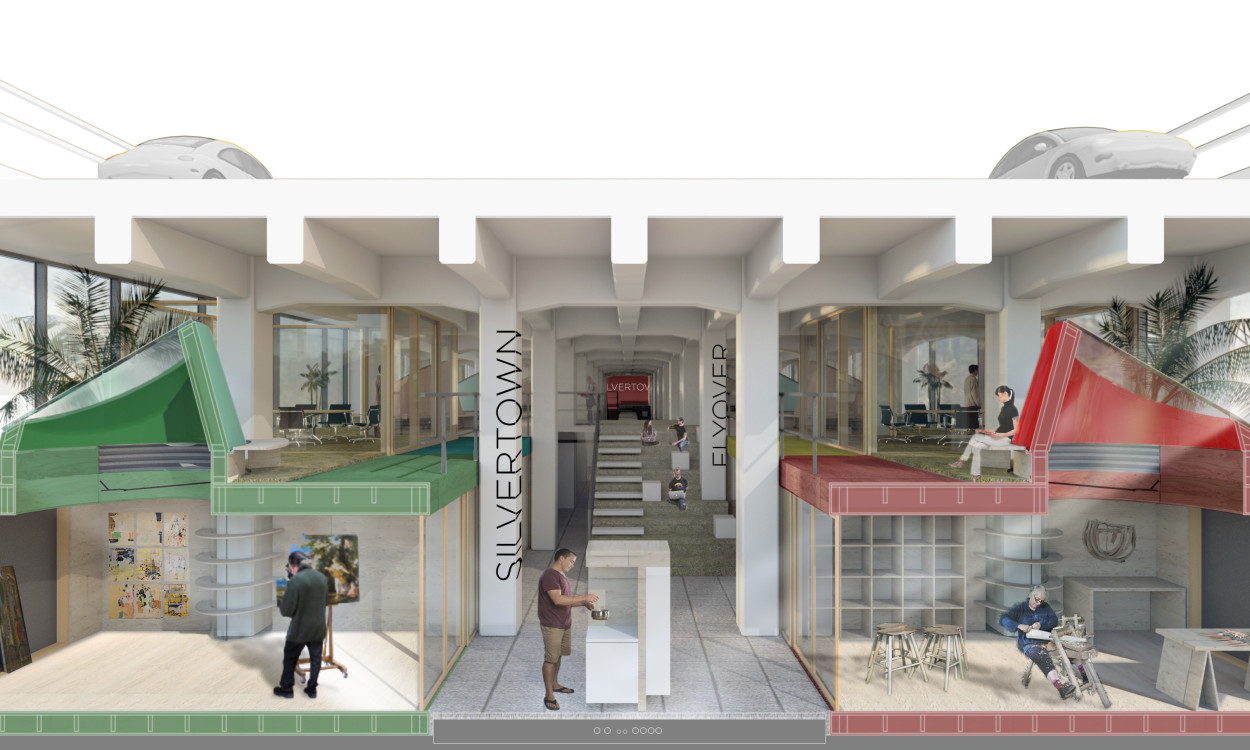 Aimed at emerging architects, the contest sought ‘viable and deliverable’ proposals to convert a series of unused spaces beneath a busy raised road next to WilkinsonEyre’s £30 million Siemens Crystal in Newham.

LFA director Tamsie Thomson said: ‘We had an amazing response to our Silvertown Flyover call for entries, with proposals for 53 practices from the UK and overseas. The London Festival of Architecture promotes positive change to London’s public realm and with the Silvertown Flyover competition we have already produced a series of imaginative ideas in response to a complex and constrained urban site.

‘Our exhibition in June will show the wider public how architects can look at things differently to resolve difficult problems, and I’m delighted that we are enabling creative solutions to address the pressing need for quality workspace for London’s creative sector.’

The project, backed by the Greater London Authority and the London Borough of Newham, aims to boost opportunities for creative businesses in the Royal Docks area of the East End where 4,000 new homes and 650,000m² of fresh commercial space are planned.

The Royal Docks and surrounding area were constructed in the 1850s, and abandoned just over a century later. They have long been tipped as London’s next major regeneration opportunity. In 2012 the 170ha of land and 96ha of water was transformed into an enterprise zone, promoting a range of schemes including plans for a floating residential village.

Local landmarks include WilkinsonEyre’s new base for Siemens, dubbed ‘The Crystal’; the Excel exhibition centre, which was expanded by Grimshaw in 2010; and the competition-winning Royal Victoria Dock Bridge by Lifschutz Davidson Sandilands.

The latest commission seeks to forge new connections between emerging spaces for creative businesses in the area, such as the Carlsberg Tetley building and Waterfront Studios....

The overall winner will be chosen on its ‘potential to attract and retain creative businesses in the Royal Docks as the area emerges as a new business district for London’, according to an LFA statement.

The winning team, set to be announced during LFA in June, will work with the project backers to take the scheme forward. Shortlisted designs will also feature in a public exhibition inside the Siemens Crystal from 16-30 June.